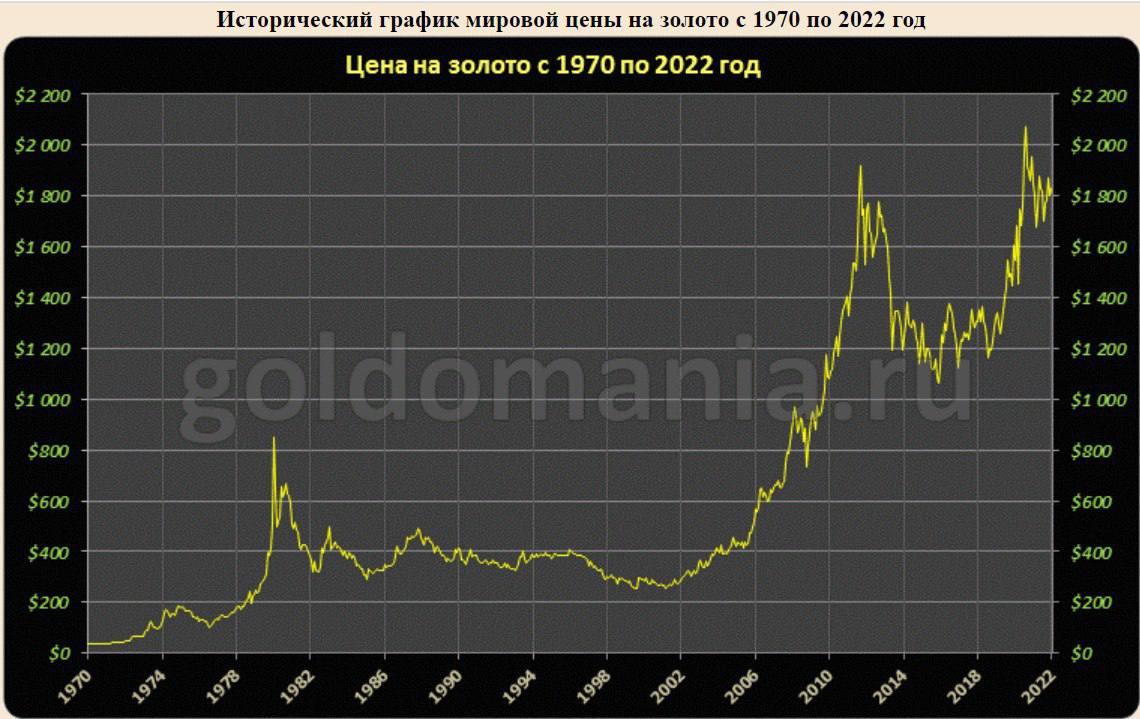 The historical chart of the gold price after 1970 can be divided into five main stages:

– The consequences of fhe cancellation  of the gold backing of the US dollar in 1971.  The most record-breaking increase in the price of gold from $ 35 to $ 850 per troy ounce.

– One of the longest cycles of reduction in the price of gold in history.  The period of the collapse of the USSR and the gradual increase in the prestige of the dollar around the world.

– A period of significant weakening of the dollar and a sharp increase in US government debt. The steady rise in the price of gold after a series of terrorist attacks in the United States that occurred on September 11, 2001.

– The positive dynamics of gold prices, which lasted for more than 10 years, is over. Gold prices have been declining for three years in a row.